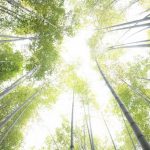 Conference Call: The time for the call will be arranged so that the participants will all be able to get acquainted.

Writing: Weekly Paper: “Impressions and Points from Your Reading”

Here are some of the links that others have shared: