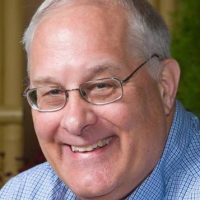 John Wm. Mehn is originally from Chicago USA. Along with his wife Elaine, they served as missionaries in Japan with Converge for nearly 35 years. John’s primary ministry included cross-cultural church planting, leadership development, equipping for church planting, and spiritual renewal mentoring. John also directed the Japan Church Planting Institute for over 20 years. Currently, John serves the Converge Asia Impact Team as a facilitator continuing his work in Japan and now other parts of Asia. John has a Doctorate of Ministry in Missiology from Trinity International University. He is an author of two books and many articles on culture and ministry in Japan. He has several hobbies including old movies, stamp collecting, and ice skating

Starting and Developing Churches in Japan