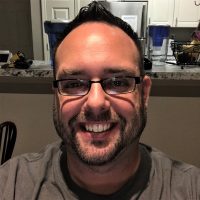 I'm a New Jersey native who grew up in a family of six. My parents and my 3 siblings (an older sister and two younger brothers) lived in a house in suburbs. From Kindergarten through 12th grade I attended various schools: public, home-school, private, and back to public. After high school I went on to graduate with an Associate's degree in Physical Education/Health from a local community.

At age 20 I moved out of NJ and went on to continue my education in Western Pennsylvania at Geneva College. Three years later I earned my Bachelor's degree in Human Services and Minor in Psychology. I found my first "official" job in the same town 4 months later working with a Social Work organization called Glade Run Lutheran and Family Services as a TSS (Therapeutic Staff Support) worker serving male children/teens 3-18 years old who had mental/behavioral issues.

In July 2011 I moved an hour and half east to a small PA town called Ligonier. There I went onto serve with a non-profit organization as a youth intern for 2 years. After serving the two-year internship I went onto to work for two and half years at local church as a Youth Director and Christian Ed. Director. I also had the opportunity to serve as the boys assistant high school soccer coach for 3 years.

In January 2016 I moved to Georgia to go through an intensive 5 month missionary training school followed by a 7 month internship. In January 2017 I joined the organization where I had received my training called GFM (Global Frontier Missions) on a 2 year contract where I work as a missions mobilizer.

I have always enjoyed getting to know people and hearing their stories. I love the diversity of people God has made. I knew growing up that I wanted to serve in missions. Over the last 15 years or so my interest in Japan has grown. I have a very strong interest to serve the Japanese in either the US and/or Japan.

I love sports, working out, reading, watching movies, learning, driving around for fun, traveling when I have time, and hanging out with friends.